My day started at 5 with a quick breakfast before a drive to the train station and the 6.34 train to London Marlybone. A nice journey down with reading the preview of the winter RSC season and the National Drama magazine. The new season at the RSC looks excellent and I’m reminded about how lucky I am to live in Stratford Upon Avon. I’ve been lucky enough to have seen every production there since Richard II in 2013 and hopefully will manage to see the complete works as Gregory Doran and the RSC make their way through them. 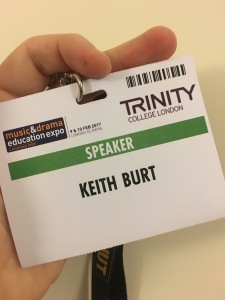 The Olympia is a wonderful place and your greeting there by the staff is so welcoming. My first job of the day was to head over the the National Drama stand. As a new member of the executive committee I’m jumping into the deep end a bit here. Recently is so much chatter between teachers at the moment about the uncertainties of the future of Drama in schools. This was the main subject of conversation of those who came to see us at the stand today as well. It makes the job of National Drama even more important and it is important that teachers feel like they can join National Drama. As a major subject association National Drama are in a position to advocate on your behalf to make sure that Drama continues to thrive and survive in schools.

Next it was my job to get hosting. I hosted two events this year, a conversation about moving forward in your career and a TeachMeet focusing SEND provision within Drama. The first was a fascinating conversation with colleagues about developing their careers. Topics of conversation included how to make the jump from primary education to secondary, the value of a masters degree to your career, how moderating and examining can help you understand how to move your own practice forward and also preparing to become Head of Department or Faculty.

All of these conversations were great (we covered a lot in 45 minutes!) so I’d like to go over some of them here as a way of summing up. It is interesting to consider how our own careers have been shaped, created or carved out. I became Head of Drama the first time by default as when the previous Head of Department left I was fairly well established in the school, had Larry designed some of the schemes of work and was a natural choice to act up and take on the role. That was a long time ago now but it was interesting from our conversation today that I wasn’t the only one to achieve promotion in this way. However, what can young teachers do to help them gain experience to give them a better chance at promotion?

One way is to ask your current HOD to delegate responsibilities down to you, for you to take on the production or plan schemes of work.

Another is to take on a marking or moderating role with an exam board. I’m doing so you are both learning more about the exams process, the necessary standard and requirements for the work the students need to do and your are showing a willingness to be in control of your CPD.

We also talked about doing a masters degree as a way of helping gain promotion. A contentious subject, some weren’t sure if it was worth the amount of increased workload. I think it is down to the individual. It can be a difficult to find the time and commitment to complete one. I did my first before I was married but my second I did when my first child was just born. However, I did them because I wanted to, I wanted to carry on learning and challenging my own practice. In truth, and this was evident in the conversation with those who had done masters was that there was no right time. Whether you excuse is because you’ve got young children who need you, or teenagers, or their off to university or you feel your near the end of your career – there will never be the right time to do, and once you accept that there will have to be compromise then it’s easier to make. The benefits are what you make them. Several in the conversation had woven their masters into their teaching so their research projects were school based or their dissertations linked to their roles in school. No one was sure if their masters has got them a better job but it had allowed them to see their job and the way they did their job in a more constructive and critical way, helping the, to see where and how to improve.

So after one of the most constructive conversations I’ve ever had in just 45 minutes, it was a quick break before hosting another one, this time on SEND provision within drama. A much harder conversations to have in many respects as there isn’t any one answer that can be given. There is so much good practice that can be shared and developed but it may be applicable to one student it might not be to another. We broached the subject of EAL students in mainstream education and how to both facilitate their need to learn a new language at the same time as facilitating their needs to meet the curriculum. A tough, almost impossible, balancing act. If a student can’t access the language how can they access the curriculum, but if they are in a mixed class with students who can speak English, how can the class focus on both learning language and learning content? Unfortunately I’m this case the answer isn’t to split the class up into two! Questions like this are tough to answer. Focusing on emotional responses was a common thought as a way of dealing with this. That if all the students were to focus on their emotional responses to a stimulus, then all the students can move forward with that, expressing their responses in whatever way they can be that through elements of the taught curriculum or their own gut instinct.

Differentiation through activity seemed to be a common thread amongst those in the conversation too. Bronze, silver or gold activities based on ability and offered to the students as a challenge to work up to complete the higher ambitious tasks. Placing the ownership and responsibility onto the students helps empower them and see value in their work.

After that it was a quick check back in with the National Drama stand, where the lovely Mark Wheeler had joined us to promote his many fantastic plays, DVDs and books, before heading off for a bite to eat and prepare for my seminar at 13.40.

So Mobilising The Classroom. It is always nice to share with others and this is something that I am passionate about and feel there is an opportunity to challenge the status quo of technology in the classroom and how we can employ it in a way that will compliment and add value to learning rather than be an add on or something used in a passive quality. A really good opportunity and I enjoyed sharing my thoughts and research with so many interested and like minded individuals. From experience, teachers tend to be a bit fearful of technology but used appropriately can massively reduce your workload and increase your knowledge of the students in one move. I’ll be using this to make a regular feature on my blog, so watch this space!

So, after a coffee and some networking with colleagues old and new – working on new projects for the future and some more time on the National Drama stand it was over to The Space to find out about Laban technique and how it can improve the body and mind of a student to help them to learn. I did manage to catch a glimpse of Bill Bailey, over the vast crowds!

Then back to the National Drama stand to wrap up things there and finish the day with one final coffee on the train journey back to Stratford Upon Avon. What an amazing day. There was so much to do there that the only way I could’ve seen everything I wanted to was to have a time machine. Two things I missed that I desperately wanted to catch was The student as the expert and using The Internet as Text: Engaging the heart. But like I said, so much to do but only one day to do it in!

Thank you Music and Drama Expo for putting on another excellent conference and long may that continue. 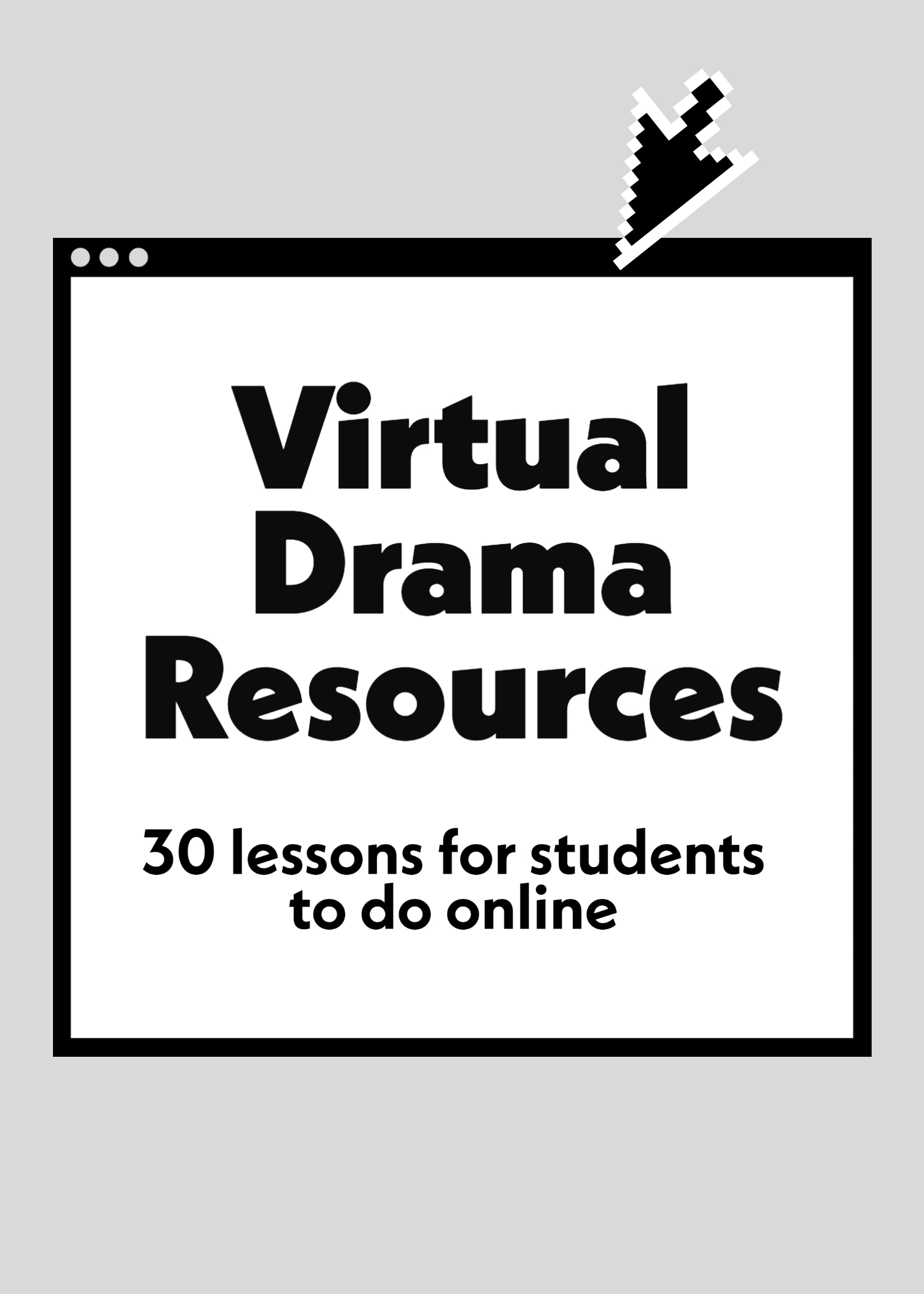 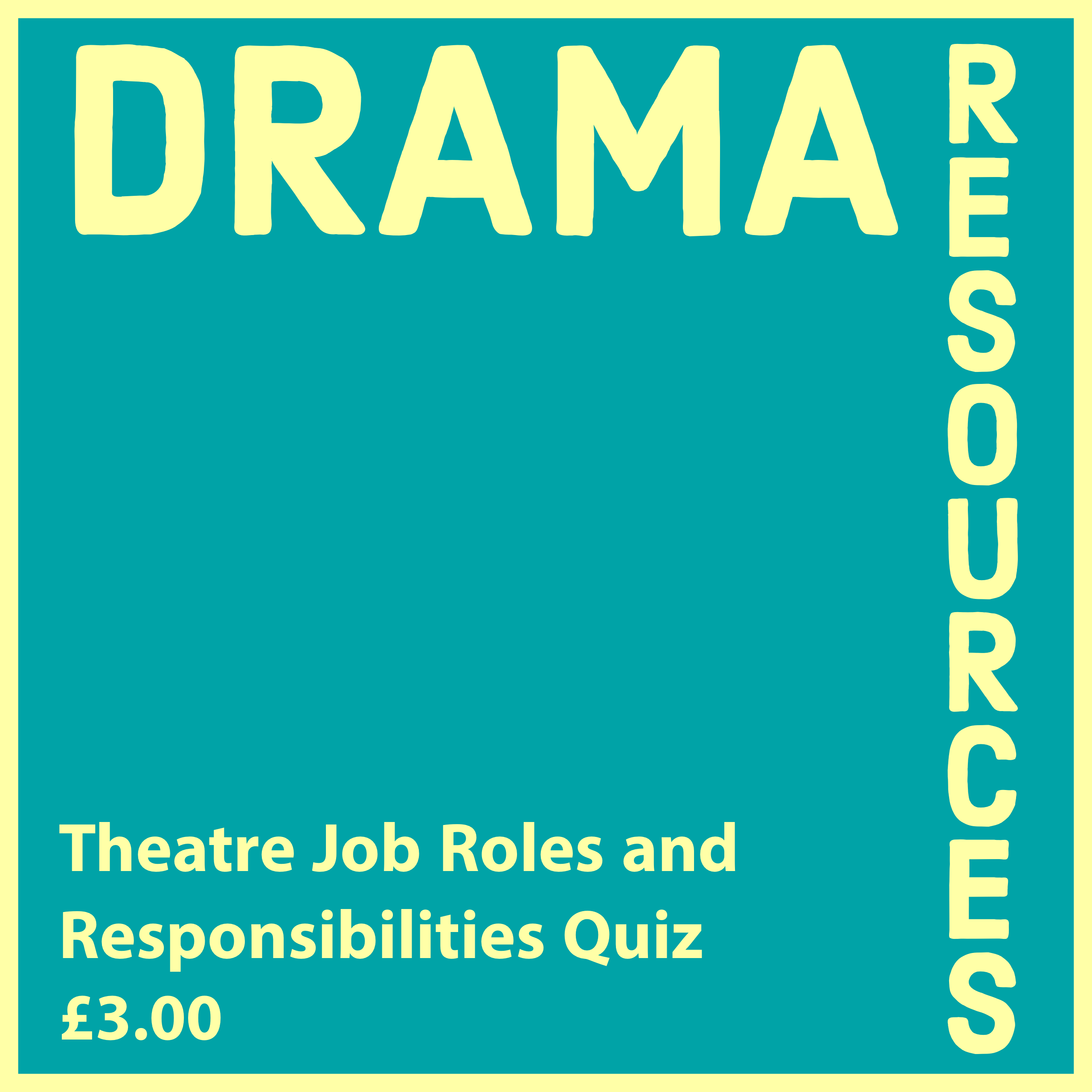